a blaze on the top floor

Spinnaker’s is Canada’s oldest brew pub. They were the first to get the licensing to have a brewery and pub at the same locating.  Up until 1982 liquor laws in canada did not allow for this scenario as most of the beer available for consumption were owned by the big three Molson, Labbat and Carling O’Keef and the government seemed to like it this way.  Seeing an opportunity when the property in Vic West went up for sale and the City of Victoria recently rejected their previous application and location, a plan was hatched.  John Mitchell, Paul Hadfield and several of their homebrewing and well-travelled beer friends schemed over the course of a beer fueled night to make the location a pub who brewed their own beer.  Less than 18 months later, in 1984, the beer was brewed and renovations complete, Spinnaker’s Brew Pub opened it’s doors to the public.  The timing could not have been better.  People were thirsty for something other than a Light Lager to tickle their tastebuds. Spinnakers had that.  They had Bitters and Porters, English Brown Ales and Saisons.  They were brewing Belgian Blondes and Irish Milk Stouts that easily compared with those originally brewed abroad.  The consistency and quality of the beer still brewed there today….er…yesterday as it happens…is outstanding and worth noting. Spinnaker’s and it’s founders are widely known as the Granddaddy of craft breweries and brewmasters in Canada.  It’s success led the way for all Craft Brewers in BC and around North America, truly. 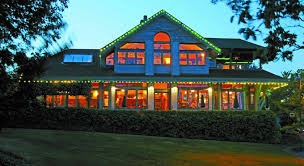 A lovely place to dine

I am beyond bummed to report that yesterday, a fire in an upper fireplace chimney gutted the entire top floor.  Quick responding fire fighters managed to keep the fire from spreading to the rest of the building and adjoining suites.  In the end, it could have been a lot worse, (we are talking about a building that is over 120 years old) but it will be several months if not longer to re-open.  Although the beer that was in the building at the time of the fire is more than likely bad now from the intense heat above, a source within the brewery has confirmed that most of the equipment in the building is salvageable.  Intense water damage throughout the building will also of course be an issue.  Keep your eyes and ears open in the next few weeks for fund raising opportunities for our family members over at Spinnaker’s: The oldest Brew Pub in Canada and the very first place that I drank a real beer.